A new method for the determination of PAHs in air samples

ALS Czech Republic now offers the determination of polycyclic aromatic hydrocarbons (PAHs) in air samples, using the latest technologies. The sample preparation is performed by Microwave Assisted Extraction and the final analysis is carried out by gas chromatography with tandem mass spectrometry (GC-MS/MS).

ALS laboratory thus provides a reliable, efficient, and fast procedure for PAHs monitoring in the air. In addition to the determination of benzo(a)pyrene with the reporting limit of 0.2 ng/m3 (determined for quartz filter and sampled air volume of 10 m3), we also offer the determination of other priority PAHs according to the US EPA.

The method is fully validated and accredited by CAI (Czech Accreditation Institute) and the analytical procedure meets the requirements of the ČSN EN 15549 and ISO 11338-2. 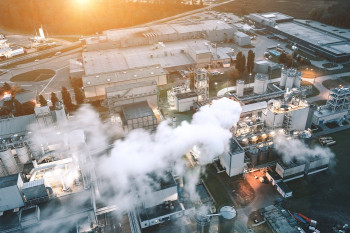 Polycyclic aromatic hydrocarbons (PAHs) constitute a large group of organic compounds containing two or more fused aromatic rings formed by carbon and hydrogen atoms, which are formed during incomplete combustion and pyrolysis of organic matter. Many toxicological studies on individual PAHs, and in particular benzo(a)pyrene (BaP), have shown highly toxic effects, such as hematological effects, reproductive and developmental toxicity and immunotoxicity. However, the carcinogenic, mutagenic, and genotoxic potential of some PAHs demonstrated both in vivo and in vitro is attracting the most attention.

Research on emissions and environmental behavior of PAHs usually focuses on only a few substances from many of PAHs emitted by different sources. The standard set of analytes included in a majority of monitoring studies is considered to be 16 PAHs, which are identified by the US EPA as "priority contaminants", the most important of which is benzo (a) pyrene.

The main transport medium for PAHs in the environment is the atmosphere. In the atmosphere, PAHs are primarily bound to suspended particles but are also present in the gas phase. PAHs adsorbed on atmospheric particles can be transported over long distances, making these contaminants a local and global environmental problem. 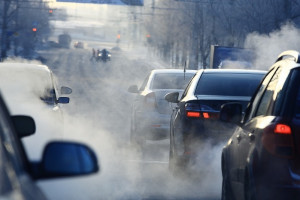 Pursuant to Directive 2004/107/EC of the European Parliament and of the Council from December 15th, 2004, a maximal limit of 1 ng/m3 (averaged over the calendar year) is set for the total BaP content in the PM10 fraction. According to the CHMI report, in 2020 the annual average of BaP concentrations exceeded the limit value (1 ng/m3) at 40 % of sampling stations (i.e. at 21 out of 53 stations).

In the available monitoring studies, the reported atmospheric levels of PAHs also vary by order of magnitude. A simple comparison of air pollution data is relatively difficult because sampling systems and sampling strategies vary from study to study. In general, higher concentrations of these environmental carcinogens are found in urban areas, with maximum concentrations measured in traffic areas and near industrial sources.

In the case of any questions or interest in ALS services, please don´t hesitate to contact us at info.cz@alsglobal.com or by phone at +420 226 226 228.