With the increasing of electronics usage in everyday life and the electronization expanding of industrial and manufacturing processes, logically more and more electrical waste arises.

Since the days when each household owned only one television, a radio, a washing machine and a refrigerator (which were used and repaired until the end of their life cycle), we have moved to the present, when we are surrounded by electronics at every turn. In addition, electronics became fast-moving goods, partly because of its affordability, partly due to the economic inefficiency of repairs.

Worldwide, for example, in 2016, more than 45 million tonnes of electrical waste were produced. At the same time, the recycling rate, according to the United Nations University report, was only around 20%, which is relatively low in the current pressure on the recycling economy and the re-use of waste as a source of raw materials.

A project leading to WEEELABEX ("Waste Electrical and Electronics Equipment Label of Excellence"), which was officially launched on April 17 in Prague, Czech Republic took place in 2009-2012.

This project was supported by LIFE co-financing, the European Community's environmental program (LIFE07 ENV/B/000041), with a budget of EUR 1,064,600.

Under the WEEE forum (Waste Electrical and Electronics Equipment)  and in cooperation with involved parties from manufacturing and manufacturing industries, a set of standards on collection, sorting, storage, transport, preparation for re-use, processing and disposal of all types of waste from electrical and electronic equipment (WEEE) was designed.

The fulfilment of requirements of these standards is monitored through the company tracking process through audits performed by WEEELABEX accredited auditors. All auditors must successfully complete the WEEELABEX Seminar for qualifying exam and maintain continuous co-professional development, including meeting the defined profile, i.e. being familiar with the legal framework in their area, with the latest technological developments and audit tools. Currently, there are 69 auditors on the WEEELABEX websites, including 4 Czechs, also over 150 certified processors, of which 3 are in the Czech Republic, another Czech company is currently undergoing audits (source http://www.weeelabex.org/).

Certain limits of hazardous substances in particular fractions produced by technological line for the treatment of waste electrical and electronic equipment have to be monitored in the audits carried out during the certification of the Waste Electrical and Electronic Equipment (WEEE) and in the regular repeated audits and in the self-checking of technologies.

Their implementation, as well as the requirements for the used analytical methods, are given in the official document "Standard V10.0 on Treatment".

These substances and elements have been chosen as markers for monitoring of the effective elimination of hazardous substances from particular material flows produced by the recycling of electrical waste (plastics, insulating foam, oils, cooling media, glass fractions) or the composition of these flows. 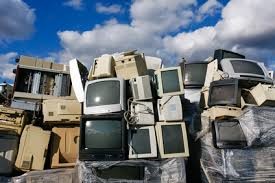 The ALS Laboratories have entered into negotiations with WEEELABEX representatives and have in cooperation developed or adapted analytical methods for the purpose of demonstrating compliance with the limits for technological lines processing WEEE.

To suggest an optimal solution to your requirements, we recommend contacting your regional sales representative or branch, or contact us with any queries on our customer line +420 226 226 228, or by e-mailing us at customer.support@alsglobal.com. We will be pleased to prepare a customised offer for your specific needs.