Food safety controls on pesticide residues concern a wide range of fruit and vegetable growers, food producers and importers and the parameters are systematically monitored by regulatory authorities.

Experts agree that even the smallest detectable amount of these substances negatively affects the health of consumers.

The effects of the use of synthetic pesticides for treatment of agricultural crops appeared already in the seventies of the last century impacting upon environment and human health. It has been found that many of these compounds are toxic, persistent and have the potential to accumulate in food chain. 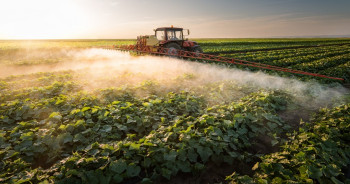 Pesticides are defined in the Regulation (EC) No 396/2005 of the European Parliament and of the Council, as amended, on maximum residue levels of pesticides (MRLs) in food and feed of plant and animal origin.

ALS has been performing pesticide residue analysis for over 30 years. Our expertise in the field enables us to offer you fast, accurate and reliable analyses in food and feed matrices.

We offer pesticides residue analysis on: