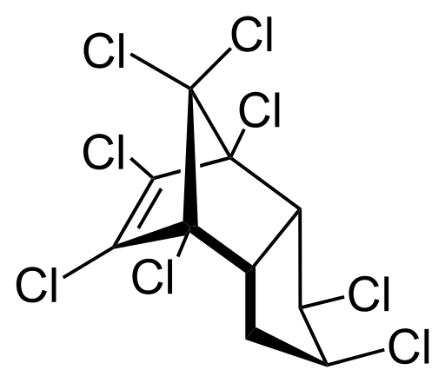 Heptachlor is transformed by soil microorganisms to Heptachlor epoxide that is more common in the environment that the parent compunds.

Studies link heptachlor to cancer, endocrine disruption, and developmental problems in animal but there are no conclusive evidence for human toxicity, However, the results from animal studies has raised concern enough for the compound to be classified as a possible human carcinogen.

Heptachlor is highly toxic to birds, bees and aquatic organisms.